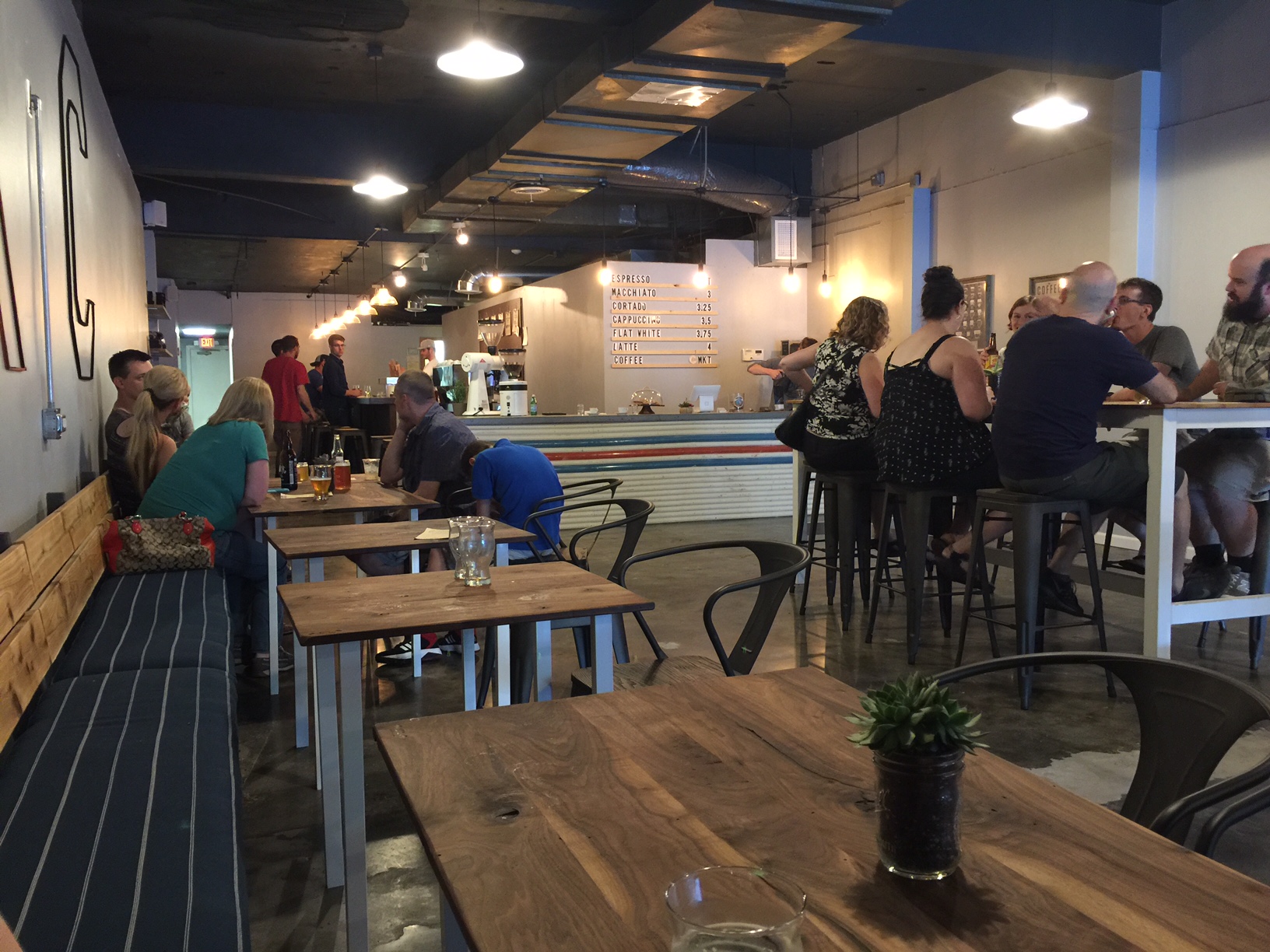 In a 2,400 foot space along Armour Road, a new Espresso and Beer bar opens its doors this month- Colony Espresso and Beer Bar. This busy area is up and coming for the craft beer scene, with Screenland Armour and Big Rip Brewery near-by as well as another newcomer, Calibration Brewing that will hit KC later this summer. 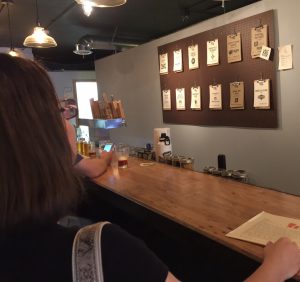 The concept is simple: create a place that friends can come together for a drink and catch up, talk, relax and enjoy some of the best local brews and beans! Twelve taps will rotate the best of local beers as well as other small craft breweries from around the United States. The coffee bar is simple, offering espressos, macchiatos (an espresso coffee drink with a small amount of milk, usually foamed) cortados (an espresso cut with a small amount of warm milk,) cappaccino, Flat white (microfoam over a single shot or double ristretto shot of espresso,) lattes, and coffees. The interior is cool and hip, but with an earthy flare- exposed ceilings and brick, solid wood table tops and plants in mason jars on the tables. A small sitting area in the front gives a great view to the charm of  Northtown.

Located on Armour, across from the famous Chappell’s, this joint could be a perfect spot for a stop on a busy day, a beer before a movie at near-by Screenland Armour, or a decaf latte after dinner at Kelso’s. The bar does offer a few snacks, but no menu. Interestingly enough, Colony does offer patrons to order in- from Jimmy John’s, Jersey Boys, or Le Monde Bakery (all within walking distance!) or bring your own!

The Beans and Brew!

The stars of the show- the beer and coffee! I tried the Empyrean Dark Side Vanilla Porter, a smooth, dark beer, roasted with highlights of chocolate, coffee and vanilla (really perfect for a coffee/beer bar!) I enjoyed it and I usually do not like a dark beer. My husband had a regular decaffeinated coffee, but this is not a regular pot of decaf. Owner Zach Henderson hand-brewed this cup, made fresh, hot and served in a true cup. Raw sugar is the option to sweeten, so if you are a Stevia fan, pack a couple packets of your own! (Co-owner Drew Cobb was behind the beer bar!)  Friends that we know visited and tried the local Crane Brewery Grapefruit Gose and a Vanilla Cappaccino and both got good reviews! Four sizes of beers are served and flights are also available along with bottles and cans of select beers. Coca-cola products, Lucky Elixar Kombucha out of NKC and San Pellegrino products are served as well. WIFI is available.

Grab a friend and try a beer or a cup of coffee- support the local community and #drinklocal!