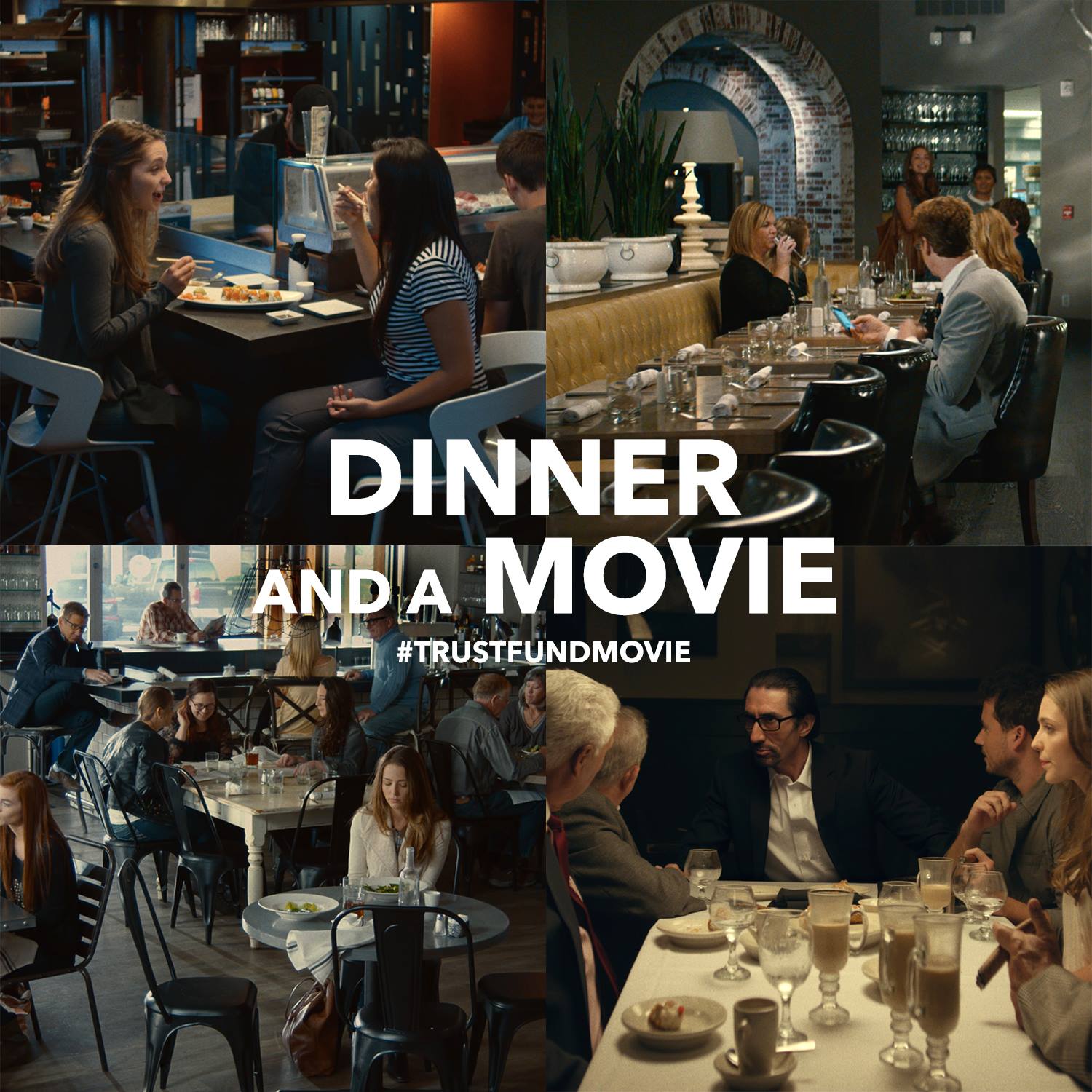 A little movie called Trust Fund hit theaters last week and became the #1 film at AMC Town Center Theater in Leawood on Friday. (And, it’s not Star Wars!) Why? The husband/wife duo behind the film, Sandra L. Martin and Isaac Alongi are natives to KC and though the film takes place in Chicago and Italy, shot almost the entire film in Kansas City! This romantic drama was shot in September and October 2014 and is described as having a “stellar cast and thrilling screenplay,” and stars actors Jessica Rothe, Kevin Kilner, Ana Ortiz and Louise Dylan.

I am definitely looking forward to seeing this movie- I love that they could transform KC into posh Chicago and beautiful Italy, but what really excites me is seeing some of our favorite local restaurants being spotlighted! They may not be mentioned by name, but the backdrops of Nara Restarant, Gram & Dun, Garozzo’s Ristorante, The American, and Urban Table are seen throughout the movie. All four of these fabulous restaurants are participating in KC Restaurant Week Jan. 15th-24th. What a perfect way to support our local community through dinner and a movie!

Support a Local Author and Give Back! KC Holiday Guide 2018kc