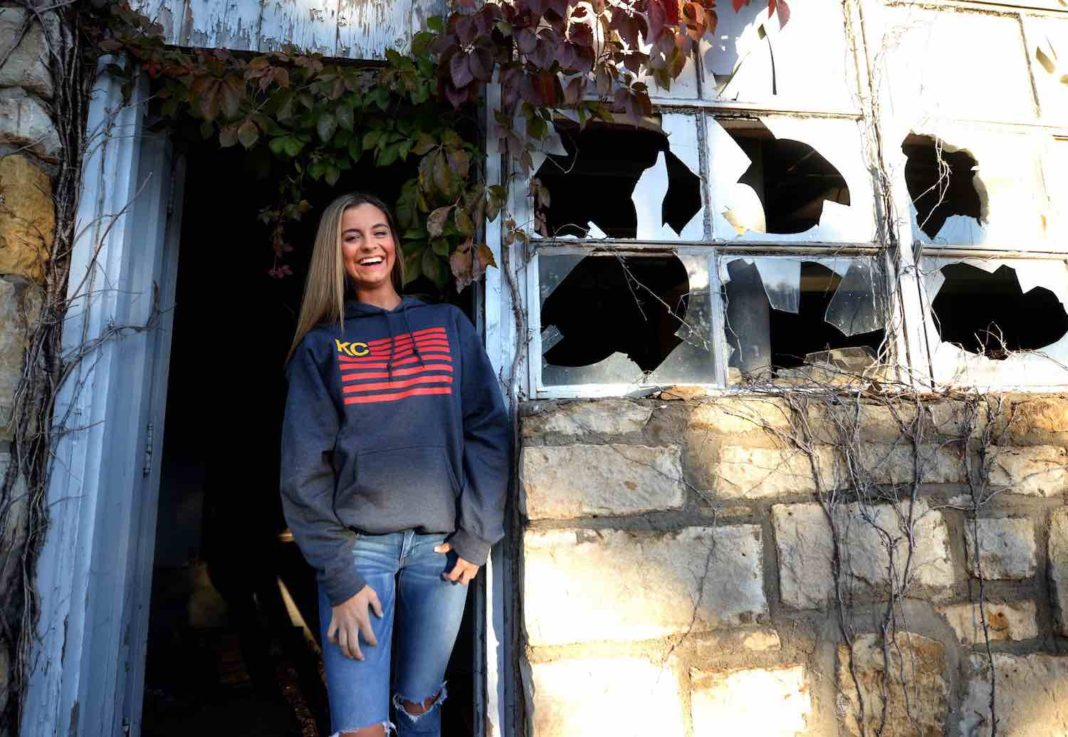 DWC: A Local Labor of Love

DoorWayClothing is a KC clothing brand owned by 19 year old Brayten Bowers, who was recently voted The Pitch Magazine’s  #1 clothing designer of 2017. Brayten grew up in the metro area. His clothing line company, began one day, while he was still a student at Shawnee Mission East High School. Brayton and a friend were having fun and an idea of a t-shirt was hatched… they sold that first t-shirt to family and friends and the brainchild of DoorWayClothing was born. (The name, given to the company after someone told them to “get out of the doorway” while brainstorming and the name stuck.)

The first shirt released was DWC’s 913/816  sweatshirt. The KC community embraced the sweatshirt, often asking Brayten on the street where he got it. This local love drove his passion even further and he is now running DoorWayClothing on his own and successfully from his home!

His styles are simple and classic, using many of KC’s favorite team colors. What we have our eye on? The KC Flag Chiefs Edition T-shirt. Classic Chiefs’ red and gold with an all-american print. This print comes in tees, sweatshirts, hats, and even onesies for the baby Chiefs’ fans in your life! We also love the 913/816 prints- having grown up in KS, but live in MO, we know the zip code debate all too well.

It is fabulous to see local young entrepreneurs put themselves out there. Take a minute this holiday and support these local businesses. DWC plans on having new designs and clothing items in the very near future!

Give a Gift, Support our Community! KC Local Gift Guide 2018